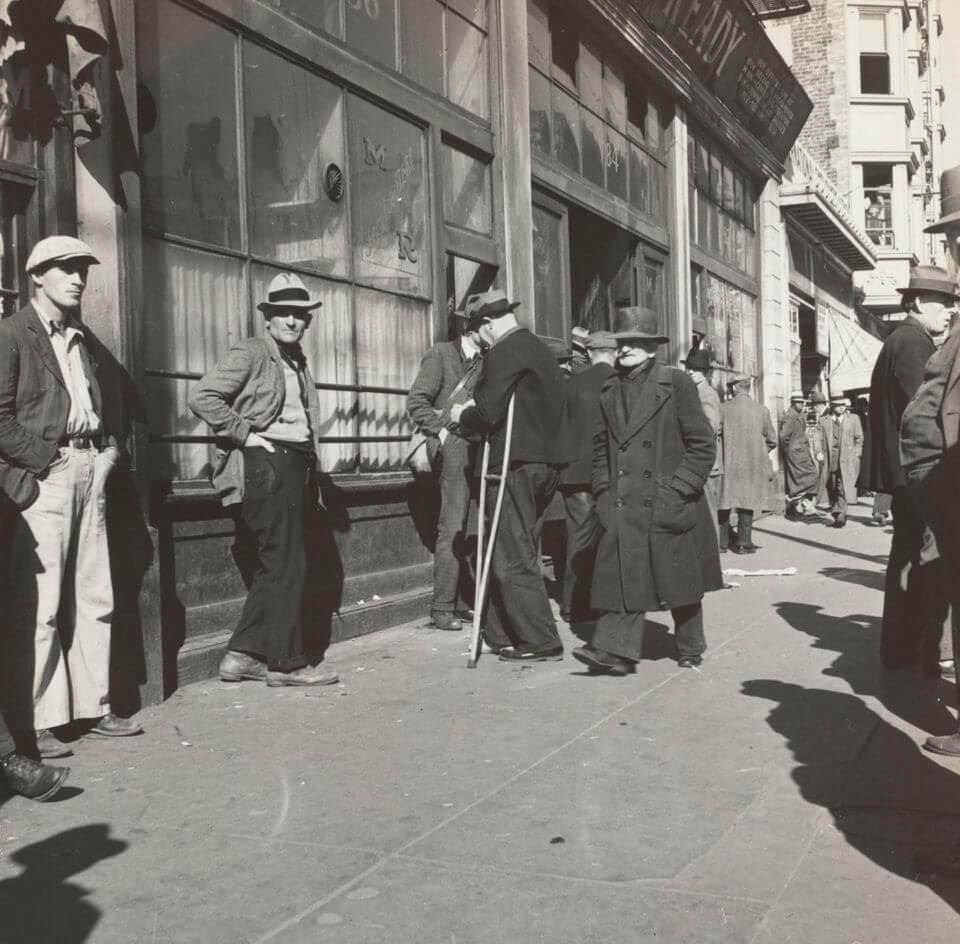 As the global lockdown continues, new unemployment claims have soared to almost 17 million in just 3 weeks [1]. The prospect of many people losing their homes to foreclosure gets closer daily.

According to the Bureau of Labor Statistics, US employers laid off 701,000 workers in a single week, pushing the unemployment rate up by 4.4% in March alone [2].

As of April, New York now has 149,000 confirmed cases and 345,200 people have made new unemployment claims. One in ten people is now seeking unemployment benefits.

The severity of joblessness this year is staggering in comparison to the 2008 crash. Non-farm payroll jobs dropped 14% in a month compared to 6% over a two-year period in 2008.

There is a slither of hope however, the market is expected to start moving again by the summer. By then, Wells Fargo expects rapid and robust job growth over the second half of the year.

High Prospect of Foreclosure For Homeowners

On March 27, 2020, Donald Trump signed the CARES Act which provides homeowners with government-back mortgages the option to apply for forbearance.

Homeowners Not Getting The Help Promised

Mortgage servicers are still under pressure to keep a flow of money to the banks, even though Donald Trump has ordered them to suspend foreclosures and grant forbearance periods.

Unfortunately, despite the government’s order for lenders to go easy on homeowners, some servicers are using abusive practices [4]. Reports are coming out that homeowners are being told that they will have to pay a lump sum at the end of the forbearance period, instead of having the terms of repayment extended.

Many homeowners worried about getting their homes foreclosed are having difficulty getting through to lenders on the phone and are sitting on hold for hours.

Some are told conflicting information each time they call, and some are being told they will face a balloon period at the end of the forbearance period.

Unfortunately, it’s tough for many people to make progress with their mortgage servicers right now as the call volumes are going through the roof.

Lenders who are still obliged to make payments to the banks are stuck between a rock and a hard place. While they want to help homeowners, they still want to avoid bankruptcy.

You should not have to make a balloon payment if your mortgage is government-backed. If your mortgage servicer is making unreasonable demands, you should seek legal help straight away.

Why Hire a Foreclosure Attorney

There have been reports in the media that people are struggling to get in contact with their mortgage servicer, some sitting on hold for hours on end.

A foreclosure attorney can take all of that pain away. By law, if you hand your case over to your attorney, the loan servicer can only correspond with the lawyer. This means you will not have to deal with harassing phone calls from debt collectors.

A foreclosure lawyer will handle all matters on your behalf. As loan servicers are currently overloaded with requests for loan forbearances and loan modifications, the time taken to process them will drag on. Mortgage servicers are legally required to answer any correspondence with an attorney within a certain time frame.

A New York foreclosure attorney will know how to negotiate with lending institutions and get you the best deal possible. They can also sometimes get a deficiency judgment removed.

The money you can potentially save from using a lawyer with the knowledge, experience, and skill to deal with mortgage companies who intimidate people to force them out of their homes.

Your mortgage servicer will most likely ask to see detailed and accurate records of your financial situation on a daily or weekly basis. An attorney can make sure that all information is correct, and presented in the best way to convince your lender to grant you a forbearance or loan modification.

Seek Legal Help, Even If You Think You Are Not Eligible

As mortgage companies are under pressure to grant loss mitigation options as well as provide a flow of cash to the banks, they’re more likely to be pursuing foreclosures.

Seek legal advice now to have your situation assessed. Your lender may not be acting lawfully. In this case, you may have a cogent case to have the foreclosure of your home completely dismissed.

Remember also, that the more pressure that lenders are under, the more likely they are to make mistakes or fail to follow protocol. If they do, their action to foreclose your home can be thrown out of court.

What If you Can’t Afford A Foreclosure Lawyer?

If you think you can’t afford to hire a foreclosure attorney, it is worth having one session with a lawyer who can throw some light on whether your mortgage provider is treating you right.

If you can’t afford to have a lawyer fight the case to the end, it will be worth paying to have awareness of the situation and a game plan to follow. You could always rehire the lawyer further down the line if you come unstuck.

Some lawyers allow you to split payments into installments to make it more affordable.

Ultimately, consider any money spent to avoid a foreclosure as an investment rather than an expense.